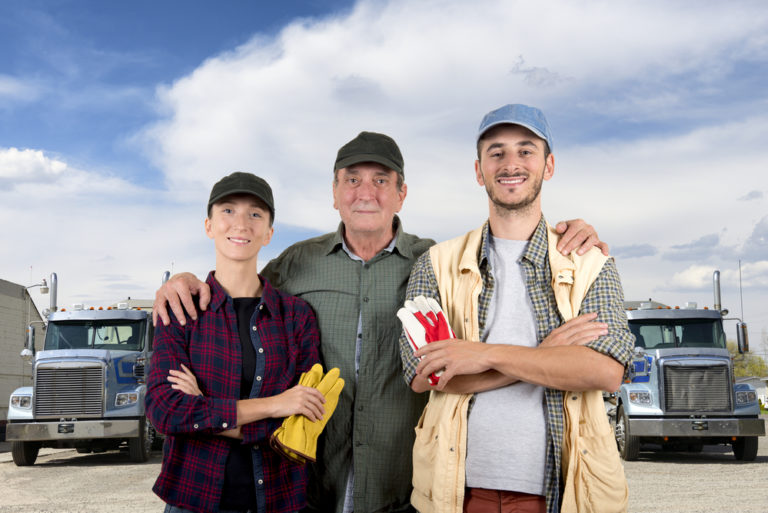 DRIVE-Safe Act to Bring Young Drivers to the Trucking Industry

The DRIVE-Safe Act is proposed legislation that would change the minimum age of 21 years, to 18 years for new CDLs.  The intention of the “Developing Responsible Individuals for a Vibrant Economy” (DRIVE-Safe Act) is to recruit younger drivers into the trucking industry.

Over 70% of retail goods, raw materials, and commercial supplies in the United States rely on the trucking industry.  Currently, many in the industry feel that there are not enough CDL truckers to meet existing freight management demands.  And for years the industry has reported a shortage of qualified truck drivers.

The new DRIVE-Safe Act would allow Americans aged 18-21 to receive their CDL.  It is believed that many young Americans (after acquiring their skills and road time) are interested in becoming business owners. Getting set up as an independent owner-operator.  Compared to other self-employment opportunities, providing cartage services can be highly lucrative.

The intention of recruiting younger drivers to make sure there are enough truckers to meet growing service demands is a good thing. But the DRIVE-Safe Act has also received a lot of criticism. Particularly from owner-operators associations and trucking safety groups.  Is it a good thing or a bad thing, if the DRIVE-Safe Act is made law?  Let’s take a look at some of the pro’s and cons.

Trucking Demand Goes Through the Roof (And So Do Cartage Costs)

If we had a dollar for every time, we all saw an article about “America’s truck driver shortage” we’d be retired by now.  For more than five years, the trucking industry has been split on opinion.  Some organizations have said there is no shortage whatsoever.  That there are plenty of CDL truckers available for hire.  While carriers and private fleet companies have reported a critical shortage of available and qualified drivers.

In an analysis by DAT Solutions, in 2018 there was one truck (trucker) available for every 12 loads needing to be shipped that year.  A ratio of meeting demand, or the number of truckers available was not that bad since 2005, according to the report.  A tight trucking market means that there is high demand, which is good news for carriers and owner-operators.

In America right now, there are more than 3.5 million active licensed truck drivers.  Some of them are independent owner-operators. Others work hourly for short haul, or for private fleets owned by Amazon or Walmart.  In 2016, according to the U.S. Census Bureau, there were only 711,000 truckers who were working.

So, in the past four years, our industry has grown substantially, adding 2,789,000 new CDL professionals.  But it is still not enough to keep pace with the outstanding growth of the American economy.  Pandemic contraction aside, the American economy has been a roaring supercharged engine.  And behind that growth has been a trucking industry struggling to find qualified drivers.

When industry analysts look at a shortage of truck drivers, it may not apply to the present.  Right now, while qualified drivers can be hard to find in some high-demand regions (like Houston), there are more CDL professionals than before. But forecasting even 5-10 years from now, the trucking industry may face a debilitating shortage of drivers because of retirement.

Right now, the U.S. Census shares that the average age of an American truck driver is 55 years.  In ten years, as many as 60% of CDLs will be retirement age.  Currently, only 10% of the total licensed truckers are 65 years of age.  The impact of Covid-19 on unemployment also means more truckers are coming out of retirement to earn again.

There was an interesting report from CBS called “Are Older Commercial Truck Drivers Causing  More Danger on Nation’s Highways?”. The data indicated, older may mean wiser, with more tangible experience.  But senior drivers are at a higher statistical rate of collisions.  Senior truckers can also have a higher risk of chronic health conditions that can impede the safe operation of a heavy truck.

Trucking and Transportation Organizations That Opposed the DRIVE-Safe Act

The Owner-Operators Independent Drivers Association was the first and most vocal trucking group to oppose the DRIVE-Safe Act.  When OOIDA President and CEO Todd Spencer wrote a letter to lawmakers, Landline reported his statement, and critical concerns about highway safety.

Todd Spencer stated in his letter:

The primary concern about safety when allowing drivers aged 18-21 years to get a CDL is lack of experience.  As OOIDA President Mike Todd stated, in some cases, a new driver with only two years total driving experience (16-18) could be driving a truck weighing 80,000 pounds down the highway.  It is not hard to understand why many of the American trucking safety organizations have been very opposed to the proposed DRIVE-Safe Act.

Requirements for CDL Licensure Changes Under the DRIVE-Safe Act

Drivers under the age of 21 years that have completed CDL training and would be legally required to complete extra apprenticeship style training.  This is to make sure that young drivers receive additional training, to compensate for less than four years total driving experience.

The DRIVE-Safe Act includes two mandatory probationary periods.  During each driver probation, the new CDL trucker would complete 400 driving hours.   And for at least 240 of those hours, the young driver would have to be accompanied in-cab, by a CDL trucker who was aged 21 years or older.