With so many careers and job functions that are being rapidly replaced by automation, it is no wonder that the concept of driverless vehicles makes truckers and carriers a little nervous.   More than half of the States in American have approved laws that allow for the testing of driverless civilian (non-commercial) vehicles, but does that mean the driver-less heavy truck is somewhere close on the horizon?

While the demand for drayage and freight cartage services has exceeded the availability of licensed CDL owner-operators and fleet drivers, there are more aspects involved in the safe delivery of commercial goods, than simply getting a container or palletized materials from A to B.   In this article we’re going to talk a little bit more about the technology, what it means for the American trucking industry, and why experienced CDL operators will never be optional in our industry.

The Truck Driver Shortage in America

As the economy continues to grow and expand our reach, in terms of selling exported goods and receiving imported palletized and bulk materials, the need for experienced truck drivers has not been this great (according to industry analysts) since the 1970s.  It is a sign of a strong economy, and that is great news for American businesses and reputable carriers, who provide drayage services from U.S. ports to rail, and across the Nation.

However, while the trucking industry is facing more demand from busy Ports like the Port of Houston, Texas, it is also facing some changes that impact carriers.  For instance, did you know that the average age of a CDL driver in the United States is 55 years old?   The truck driver shortage actually began more than 15 years ago during the recessionary years, where there were fewer imports, exports and freight volume.   The industry was able to ‘get by’ with fewer drivers.   After the recession when imports and exports began to climb, there were not enough experienced CDL drivers to meet demand.

The trucking industry continues to face two very stark problems; first, that the recruitment of new drivers into the industry is difficult.  The job of being a trucker can be very difficult, and it doesn’t always appeal to younger generations of men and women.    The second apparently issue is the aging population; within the next ten years, the vast majority of CDL truckers will be retirement-aged, and analysts are already predicting a significant shrinkage of the labor pool for the trucking industry.

How Do Driverless Trucks Work?

Uber wants to do it.  Large companies like Federal Express have already started innovating package delivery through driverless robots, that sail down sidewalks with a secure compartment containing the good or mail for their customer.   The prototype is already delivering same-day packages without many issues for residential and commercial customers.

But trusting an autonomously programmed small metal box with wheels is a lot different than the idea of a 70’ to 80’ long truck, weighing an average of 80,000 lbs.  barreling down a highway at 70 mph or more, with no driver in the cab.  We are not even okay with it, if the truck is bobtailing.

The prototypes for driverless heavy trucks rely on less complicated route planning algorithms than commercial vehicles do.  For instance, heavy trucks do not have to navigate narrow residential or retail streets, as they follow established routes and highways.  And because commercial trucks optimize their route for time and fuel savings, the shortest possible navigation is already part of the process.

Driverless vehicles rely on advanced AI (artificial intelligence), GPS and sophisticated lasers that are mounted to the truck, which bounce off landmarks, highways, and other vehicles to constantly map in three dimensions, and report back to the internal navigation system.

There are five main levels of autonomy when discussing how self-driving trucks operate:

While self-driving technology makes the news frequently and has so many civilian driver possibilities (think about individuals with physical impairments, seamless transportation access for the elderly, etc.) it is still brand-new technology.  Equally often in the news, you will also find reports of accidents with driverless cars; and that doesn’t instill the confidence that regulators need to consider its application in the trucking industry.

One company has announced this year, that it will be beta testing two driverless heavy trucks in Houston, Texas. California based TuSimple has already mapped routes from Arizona to Houston, San Antonio and other cities in Texas.  The company plans to start testing with CDL drivers in the cab to supervise and intervene if necessary but admits their goal is to remove the driver completely from the equation by the end of 2019.

Many other companies including Google, Tesla, Nissan, and Uber have developed self-driving technology, along with other vehicle manufacturers who have been innovating AI (artificial intelligence) software for driver-assist services.  However, many of these projects have been paused due to safety concerns and legal liability for motor vehicle collisions causes by driver-less vehicles.

Canal Cartage has been a member of the trucking industry and advocates for road safety since 1983.  While some of the considerations such as reducing driver fatigue seem practical, trusting tens of thousands of pounds of freight and the safety of the driver, other drivers on the highway and the integrity of the shipment are the priority.  It is for these reasons that we do not anticipate a future where the truck driver is completely removed from the equation.

Professional drivers have to respond to weather conditions, roadside emergencies, traffic, inspection stops, and use their experience and human judgment every day on the job, to help goods (and people) arrive safely.  Will technology continue to advance inside the cab of new trucks, that help to make the job safer and easier for licensed truckers?  Absolutely.   But for safety and the peace of mind of commercial customers with tens of thousands to millions of dollars worth of freight, removing the driver doesn’t seem to be an option. 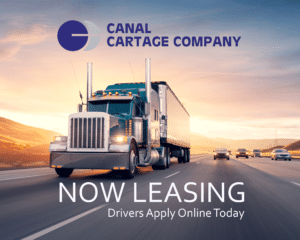 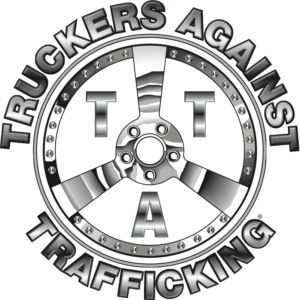 What Kind of Transmission Is Better?

Opportunities for Women in the Trucking Industry
Scroll to top